The body’s immune system defends against infections from germs (e.g. bacteria, viruses, fungi, parasites) and other invaders (e.g. cancer cells), whilst protecting the body’s own cells. The immune system is a complex network of organs, cells and proteins located throughout the body, which include:

There are six main types of PIDs that affect the immune system in different ways:

Antibodies, also known as immunoglobulins, are proteins made by specialised white blood cells, called B cells. Antibodies recognise germs so they can be removed by the rest of the immune system. The most common forms of PID are due to antibody deficiencies.

Common variable immunodeficiency (CVID) is the most common form of antibody deficiency and usually presents with recurrent chest and sinus infections. Symptoms can start at any age, although most cases are diagnosed in adults. Most individuals with CVID are more susceptible to other clinical symptoms, including autoimmune diseases, gastrointestinal disorders and cancers. People with CVID have a heightened prevalence of other immune disorders.

X-linked agammaglobulinaemia (XLA) is an antibody deficiency that is usually diagnosed in male infants. Common symptoms include frequent pus producing infections of the ears, lungs, sinuses and bones, chronic diarrhoea and poor growth.

Specific antibody deficiency occurs when the amount of antibody is normal, but it does not work very well. These patients are often less severely affected than CVID or XLA, but can nonetheless experience a significant burden of infection.

T cells (T lymphocytes) are specialised white blood cells that are essential for the functioning of the immune system. They kill infected cells (cellular immunity), help B cells make protective antibodies and can drive antibacterial and antiviral responses (humoral immunity). For this reason, most people with T cell problems have combined immunodeficiencies, because both B and T cell functions (cellular and humoral immunity) are affected.

Severe combined immunodeficiency (SCID) is the most serious of these disorders where neither the T or B cells work properly. In Australia SCID is usually diagnosed within the first year of life. SCID is diagnosed in the first months of life in New Zealand, the US and Sweden through newborn screening programs. Early diagnosis is critical for successful treatment by haematopoietic stem cell transplant (HSCT).

Phagocytes (neutrophils and macrophages) are white blood cells that can eat and kill foreign invaders. Severe infections can occur if phagocytes are unable to kill germs or move to the site of an infection.

Chronic Granulomatous Disease (CGD) is a serious form of phagocytic cell deficiency. In people with CGD, neutrophils cannot kill germs effectively. They have frequent and severe infections of the skin, lungs and bones, usually with chronic abscess formation. They can also develop chronic inflammation, including inflammatory bowel disease (IBD).

Immune dysregulation is a group of PIDs where the body’s immune system is not regulated normally and may react against its own cells. People with immune dysregulation can have fever, damage to organs or blood cells, as well as increased risk of infection. Examples include immunodysregulation polyendocrinopathy enteropathy X-linked syndrome (IPEX), Autoimmune polyendocrinopathy-candidiasis-ectodermal dystrophy (APECED) and autoimmune lymphoproliferative syndrome (ALPS).

Autoinflammatory disorders are commonly due to defects of the innate (front line) immune system, and result in inflammation with fevers or damage to organs. Familial Mediterranean Fever (FMF) is the most common lifelong autoinflammatory disease in the Australian population. Patients get recurrent fevers every one to two months, as well as severe stomach pain, possibly arthritis and other features.  If not properly treated the patients are at risk of getting a life-threatening disease called amyloidosis in the longer term, which can affect the kidneys, nerves and heart.

The complement system has an important role in the control of inflammation, killing of germs and clearance of damaged cells. Some complement deficiencies can increase the risk of autoimmune disease, whilst others result in severe infections such as meningitis or septicaemia.

Hereditary angioedema (HAE) is a unique PID due to the absence of a specific complement component called C1 esterase inhibitor. In people with HAE, the small blood vessels leak fluid into the tissues, causing non-itchy swellings known as angioedema. People with HAE can have unpredictable, debilitating and sometimes severe swellings (HAE attacks) throughout life, that may be life threatening. 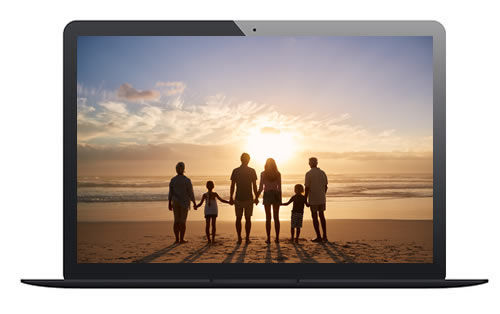 Working in collaboration with patient organisations and other stakeholders